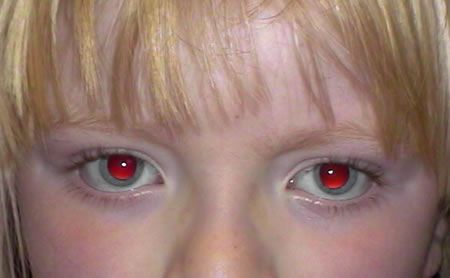 Background. Albinism poses a significant threat to visual functions and causes remarkable ocular morbidity often resulting in visual disabilities. The study aimed at describing the visual status in patients with diagnosed cases of complete oculocutaneous albinism (OCA) attending to a tertiary eye hospital in Nepal. Methods. This was a cross-sectional descriptive hospital-based study of all diagnosed oculocutaneous albinotic cases (16 males and 9 females; mean age of 16 years) who visited the Department of Ophthalmology at the Institute of Medicine, for ocular consultation between September 1, 2011 and December 1, 2013. Results. Twenty-five cases (50 eyes) with OCA were enrolled in the study. All the participants had maximally reduced visual acuity (mean, 1.24 ± 0.50 logMAR). Myopic astigmatism was the most common refractive error (n = 17; 34%). 58% of all participants had with-the-rule astigmatism. Considering the spherical equivalent power, most of the eyes (n = 30; 60%) had myopia, with overall mean SE refractive error of −1.59 ± 5.39 D. Visual acuity improved significantly with refractive correction in place (paired sample t-test, p < 0.05). Horizontal pendular nystagmus was the most common nystagmus (n = 34 eyes; 68%). Alternating esotropia and alternating exotropia each were observed in 16% of participants who had strabismus (40% of all cases). The diaphanous iris, foveal hypoplasia and poliosis were the most consistent clinical features. Conclusion. Patients with OCA present with a broad spectrum of visual deficits that impair the visual functions. Significant improvement in visual acuity following optical correction serves as an impetus to the reduction of visual disabilities in individuals with albinism.