7-methylxanthine does not prevent induced myopia in tree shrews 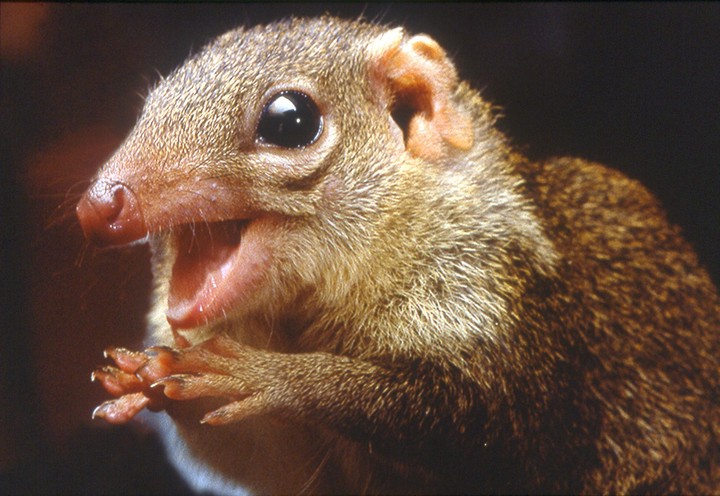 7methylxanthine (7MX), an adenosine antagonist proposed as a potential therapeutic anti-myopia agent, has been tested in a variety of animal models and human children but not in tree shrews, diurnal mammals closely related to primates. The aim of this study was to determine the response of two primary myopia models in tree shrews to oral administration of 7MX. Tree shrews were raised by their mothers until 22 days of visual experience (DVE, days after eye-opening) when they were transferred to individual cages. At 24 DVE, either a -5D lens (n=4) or a translucent diffuser (n=5) was placed over one eye until 35 DVE, with the fellow eye serving as a control. 7MX (supplied by Klaus Trier, Hellerup, Denmark) was given orally at a dose of 200 mg/kg twice a day in applesauce or banana. Illuminance was from standard colony fluorescent lighting and varied from 100-300 lux at the cage floor. The non-cycloplegic refractive state was measured daily with an autorefractor in awake animals. Results were compared with other animals raised in similar conditions without oral 7MX. At 24 DVE, animals showed slightly hyperopic refractive states in both eyes (mean +/- SEM, control eye, 1.33 +/- 0.64; treated eye, 1.57 +/- 0.42D). During the 12-day period, there was a significant interaction between the effects of treatment and time on refraction (p < .001). Despite oral 7MX administration, eyes wearing diffuser or minus lens demonstrated a progressive trend of classic experimental myopia, reaching -4.96 +/- 0.52D at 35 DVE (time, p < .001). In contrast, the untreated control eyes remained relatively stable throughout the study duration and were slightly hyperopic (1.06 +/- 0.25D) at 35 DVE (time, p < .08). At the end of the treatment period, treated eyes (form-deprived or lens-reared) developed relatively similar magnitude of myopia with and without oral 7MX (-4.96 and -5.49D, respectively). In tree shrews, oral 7MX appears to have either no, or very limited influence, on induced myopia. This finding is in contrast to the partial myopia-inhibitory effects of 7MX previously reported in non-human primates (Hung et al. 2018). The variable and typically weak effects of 7MX in animal models may be due to species differences in bioavailability of the oral doses. Determining the pharmacokinetics of this compound in different species seems critical in understanding the therapeutic potential of 7MX for the treatment of myopia.

Supplementary notes can be added here, including code and math.