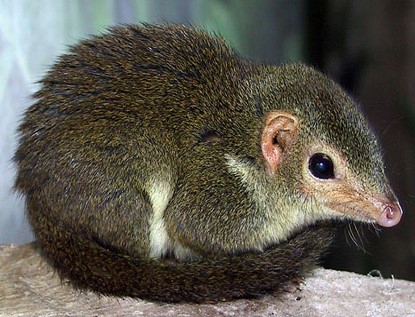 An emmetropization feedback mechanism modulates the axial growth of eyes during postnatal development so that, with maturation, images of distant objects are in good focus on the retina. If the eye is too long, the retina generates STOP signals that slow eye growth; if the eye is too short, the retina generates GO signals that accelerate eye growth. Myopia (nearsightedness) is a failure of the emmetropization system in which the axial length of the eye becomes too long for that eye’s optics so that images are out of focus on the retina. Approximately 42% of U.S. adults are myopic (Vitale 2009) with prevalence as high as 96% reported for East Asia (Jung 2012). Moreover, the prevalence of myopia is increasing (Hrynchak 2013; Williams 2013). The enlargement of the scleral shell that causes most juvenile-onset myopia is a major risk factor for retinal holes and tears, choroidal degeneration, glaucoma, and cataract. These risks increase with the amount of myopia (Flitcroft, 2012; Saw, 2005; Vongphanit, 2002). Corrective lenses or refractive surgery do not reduce the axial elongation and therefore do not reduce the risk of myopia-related blindness. This is a major public health issue. Finding safe and effective treatments in children that reduce the final amount of myopic axial elongation is a very active area of research, but currently there is no definitive therapy. It is critical that we explore all potential treatments that can reduce eye growth. We have previously shown that narrow-band long-wavelength (red) light is the only known optical treatment that consistently slows axial elongation and produces significant hyperopia in normal tree shrews at older ages at when plus lenses lose the ability to restrain eye growth (Gawne et al. 2017b, 2017c). Furthermore, we have shown that red-light reduces the myopia induced with a minus-lens (Ward et al. 2017) and that red light works even if only applied for brief periods during the day (Gawne et al. 2016a). Red light of similar wavelengths also produces hyperopia in non-human primates (Smith et al. 2015). Our central hypotheses are that the red light activates a pathway that is effective at generating STOP signals in slowing eye growth at all ages, and that short daily exposures of red-light can be used as a safe treatment to slow and control myopia development. Humans and tree shrews both have a rapid initial period of emmetropization followed by a much longer maintenance period, when the eyes are still growing but refractions are stable because of the emmetropization feedback system (Norton et al 2010). Most children do not become myopic during the initial period, but only during the maintenance period. The emmetropization system loses the ability to maintain emmetropia in some chidlren. To evaluate if red-light is a potential treatment option for human myopia, we will study its effect on older tree shrews (a well-characterized, predictable diurnal mammalian model for myopia closely related to primates) that are in the maintenance period. 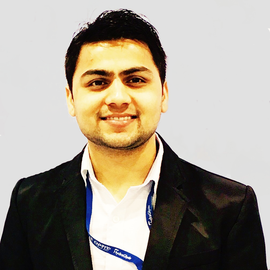 Dr. Safal Khanal is an Assistant Professor at the University of Alabama at Birmingham School of Optometry. He studies dry eye pathogenesis, emmetropisation, eye growth regulation, and refractive development.